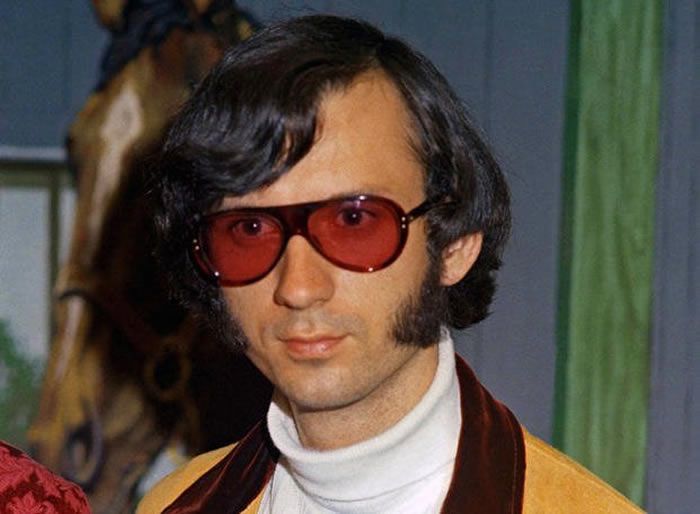 Michael Nesmith might be best known as a member of '60s rock sensation The Monkees, but he led an inventive and fascinating life outside of his time with the band. Let's pay tribute to the Air Force veteran, who died at age 78 on Dec. 10, 2021.

After an honorable discharge in 1962, he briefly attended San Antonio College before heading out to Los Angeles. He found work as the emcee for the open mic "Hoot nights" at the Troubadour nightclub in West Hollywood, making connections in the local songwriting community and trying to get a toehold in the music business.

His life changed when he was cast alongside Davy Jones, Micky Dolenz and Peter Tork in "The Monkees," an NBC television series inspired by The Beatles movie "A Hard Day's Night." The show was an immediate and massive hit when it debuted in September 1966 and made the band one of the most successful in the world.

Their television series burned bright and fast. While it was hugely successful during the 1966-1967 season and won the Emmy for Best Comedy Series, the ratings plunged in season two and the program was canceled in 1968 after 58 episodes.

The band continued to record and tour until Nesmith left the group in 1970. They enjoyed a surprising comeback when MTV began airing reruns in 1986 and the band captured another generation of fans. They reunited and continued to tour off and on until Dolenz and Nesmith played what turned out to be the final group show in November 2021.

Nesmith may be most famous as a pop star, but he made major contributions to the creative arts in all kinds of ways after he left The Monkees. Here are six amazing things that Michael Nesmith did besides The Monkees.

Nesmith was an aspiring recording artist before he joined the show and wrote several songs that became hits for other artists. "Mary Mary," later recorded by the Monkees, was originally recorded as a potential single for the Paul Butterfield Blues Band.

"Different Drum" was a Top 20 hit in 1967 for Los Angeles folk-rock group The Stone Poneys. The group was fronted by a 21-year-old Linda Ronstadt. The single was her first hit record in what would be a storied recording career.

The producers who put together the Monkees treated the group like actors who should have stuck to following the script, but they'd cast four talented musicians who wanted input into the records they were supposed to be selling.

Nesmith organized the group, and they got producer Don Kirshner fired so they could take charge of their third album, 1967's "Headquarters." The album hit No. 1 on the charts before it was replaced one week later by the Beatles' "Sgt. Pepper's Lonely Hearts Club Band."

After Nesmith quit the Monkees in 1970, he went on to form Michael Nesmith & the First National Band. The group recorded three LPs for RCA Records, and the Nesmith-penned single "Joanne" reached No. 21 on the Billboard Hot 100.

Nesmith started the Pacific Arts production company in the late '70s with the ambition of marrying music to video. His 1981 "Elephant Parts" home video album, best known for the song "Cruisin'," won a Grammy and helped develop the editing styles that would come to dominate MTV, the music video channel that was partially inspired by his work.

Nesmith's parents divorced when he was four, and his mother Bette took office jobs to support her family. In 1955, she changed the world when she invented Liquid Paper, a quick-drying solution that made it easy to make corrections to typed documents. She ran the company for a quarter-century and sold it to Gillette for $48 million in 1979. That would be $185 million in today's dollars.

If you're too young to have used a typewriter, you may never understand how revolutionary a product Liquid Paper and its chief competitor Wite-Out were for college students staring down a research paper deadline at the end of a semester.

Nesmith managed to sneak a plug in for his mom's former company on "Television Parts."

Pacific Arts connected Nesmith to a young generation of underground artists in Los Angeles, and he produced two of the finest cult movies of the 1980s.

"Tapeheads" (1988) featured John Cusack and Tim Robbins as hustlers who want to get into the music video game. It's a wicked satire of a genre that Nesmith helped create and follows the career revival of a fictional '60s soul duo called The Swanky Modes (played by Junior Walker and Sam Moore from Sam & Dave).

"Repo Man" was a modest hit at the box office. "Tapeheads" was not, but both movies have developed devoted followings over the past four decades.

When the Monkees hit, the show's producers wanted to promote Mike, Micky, Davy and Peter as teen heartthrobs, so the fact that Nesmith was an Air Force veteran who was married with a kid when he started the show was a secret the kids in America never learned.

Keep Up With the Best in Military Entertainment

Whether you're looking for news and entertainment, thinking of joining the military or keeping up with military life and benefits, Military.com has you covered. Subscribe to the Military.com newsletter to have military news, updates and resources delivered straight to your inbox.