Nathan Abshire (June 27, 1913 near Gueydan, Louisiana – May 13, 1981 in Basile, Louisiana was an American Cajun accordion player who, along with Iry LeJeune, was responsible for the renaissance of the accordion in Cajun music in the 1940s. 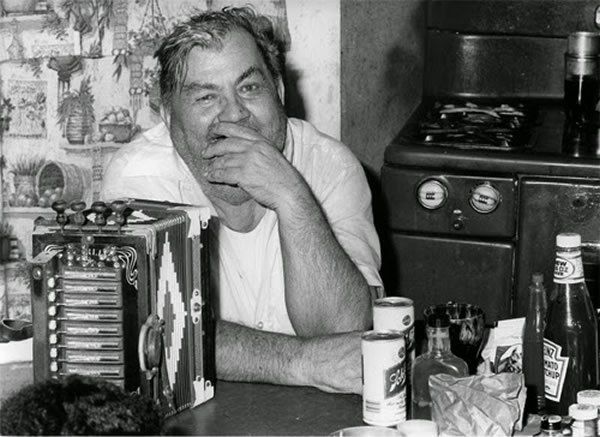 Learning the accordion at age six, he was influenced by his father, mother, and uncle all playing the accordion. Abshire first performed on the accordion in public at age eight. He continued playing at dance halls and parties through his teenage years. In the 1930s, he performed with and learned from fiddler Lionel Leleux and accordionist Amédé Ardoin. In 1935, he recorded six songs with the Rayne-Bo Ramblers, a group led by guitarist and singer Leroy "Happy Fats" Leblanc. Abshire served in the U.S. army during World War II. After the war, he settled in Basile, Louisiana, where he played regularly at the Avalon Club. He released his best-known record, "Pine Grove Blues", in 1949, a song based on Amede Breaux's "Le Blues de Petit Chien", as well as several recordings on Swallow Records and Arhoolie Records in the 1960s.

He appeared with Dewey Balfa and The Balfa Brothers at the Newport Folk Festival in 1967. Along with Balfa, Abshire devoted much of his time in the 1960s and 70s to promoting Cajun music through appearances at festivals, colleges, and schools throughout the United States. Abshire was featured in Les Blank's 1971 documentary Spend It All and the 1975 PBS documentary, The Good Times Are Killing Me. He was also included in the documentary film, Les Blues de Balfa, along with Balfa. He died in Basile, Louisiana in 1981 after living most his life there as the overseer of the town dump.