Mick Jagger and the lads have touched down in Dublin for the opening night of the Rolling Stones ‘No Filter’ 2018 tour tonight. And, you can still buy tickets (no, really). 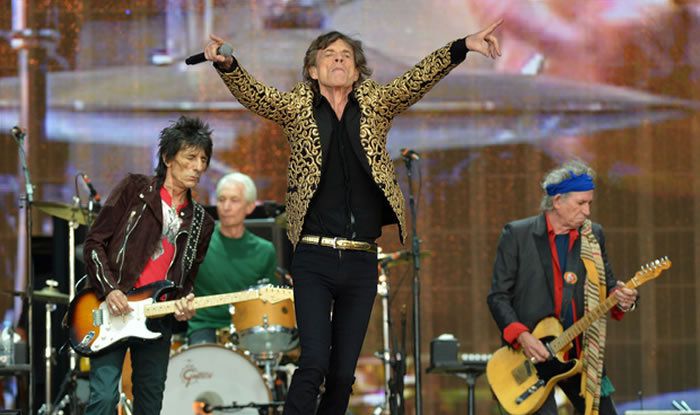 It’s the Stones’ first gig here since they headlined Slane back in August 2007. And, it’ll probably be their last gig in Ireland (for obvious reasons). Best make sure you’re there, so. Here’s what you can expect…

1. The longest gig of your life

Well, almost. Their tour manager says it’ll probably be the “longest set” of the tour (it is opening night) and could clock in around the two-and-a-half-hour mark. We do hope someone warns Keith Richards. Oh, and gates open at 5pm…

They’ll definitely play Sympathy, Satisfaction, Gimme Shelter, Start Me Up and all the rest of ‘em. Of course they will. Hell, I’d be tempted to give you your money back if they didn’t. Plus, the epic production design will probably blow your minds. Expect fireworks.

3. Nobody will get engaged on stage...

...(we’ll leave that to Ed Sheeran and his fans) But don’t be surprised if the lads get some group hugs going. Seriously, Mick and his boys seem to be getting on great these days. “It’s such a joy to play with this band,” says Keith Richards, “there’s no stopping us, we’re only just getting started really.” Nicely put, Keef.

Only those in the gold circle section (tickets priced a whopping €181) will get a good look at Jagger, Richards, Watts and Wood up close. The rest of us will have to make do with regular standing tickets (€70.45) or seats (the latter will set you back anywhere between €90 and €181). No wonder this gig isn’t sold out yet.

5. Local support act, The Academic, will probably use the phrase “dream come true” on the night.

Of course they will. The Stones aren’t what they used to be. They are, to an extent, their own tribute act at this stage, and you do wonder if they should have left the party a bit earlier. But they’re still The Rolling Stones. They are still rock ‘n’ roll royalty. The Academic will be chuffed with their lot. Enjoy.

The Rolling Stones play Croke Park on Thursday, May 17. Visit www.ticketmaster.ie for tickets