For more than half a century Status Quo legend, Rick Parfitt, embraced the sex, drugs and rock and roll rock lifestyle with complete devotion. Bingeing on cocaine and vodka and partying around the clock, he once said he had "enjoyed every moment". But the hedonistic lifestyle finally caught up with him when on Christmas Eve when he  passed away at hospital in Malaga.

The 68-year-old had suffered a severe infection following shoulder surgery and never recovered. Tributes poured in from across the entertainment world, to the man his manager said was "the ultimate rocker who lived the dream". Rick Parfitt in rehearsals after his quadruple heart by-pass

Just weeks ago Parfitt, who had suffered a number of heart attacks, proclaimed that it would take "more than death to kill me".

He was thought to have spent the final months of his life living in hotels in Malaga after splitting from his third wife earlier this year. But his family said he had been hugely looking forward to 2017, with plans to write a new autobiography, release a solo album and embark on a international tour.

In a statement on the band's Facebook page, his manager SImon Porter thanked fans and friends for their messages and said his 30-year friendship with the musician had been an "absolute rollercoaster". Rick Parfitt with his guitar

"Rick had come to terms that he would be unable to tour with Quo again, but he continued to be very much part of the Quo machine and we discussed future plans for the band.

"More importantly, however, Rick was ecstatic and excited with the news and contracts that I was able to give him for his autobiography, a solo album and a UK 'evening with' tour, all scheduled to take place in May of next year.

"Sadly and less than three days later, all of our exciting plans have now gone bust in an instant."

He added: "I really think that we all thought that Rick was invincible, given his numerous and astounding recoveries from situations which would certainly have killed the average human being.

"Indeed, early this morning when I initially heard the news that he had taken a serious turn, my mind instantly thought that he would come around by Boxing Day.

"Sadly, as we now know, his luck had run out and his line that 'it will take more than death to kill me' has taken a hollow ring. Quo fans should know and take comfort in the fact that his passing has, ironically, come at a time when Rick was in a happier place career wise than he had been for a long, long, time." 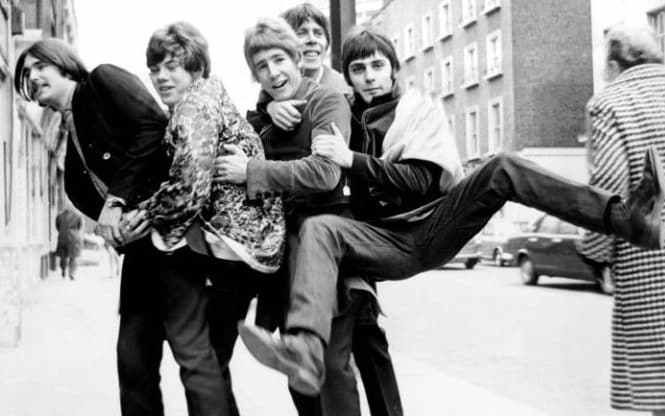 Parfitt, whose father was an insurance salesman and mother worked in a cake shop, was born in Woking, Surrey, on October 12, 1948.  He learned the play the guitar aged 11 and left school aged 15 to pursue a career in music.

After teaming up with Francis Rossi to form Status Quo, the pair became infamous for their love of the hedonism of rock and roll, earning and blowing millions.

In an interview with The Telegraph in 2014, he said he could not resist buying cars, explaining: “I had a stable full of them – American cars, sport cars, limousines, everything. I spent hundreds of thousands on them. I had about eight or nine at any one time.

Turning to drugs he said: “Throughout the Eighties it was about a grand a week. But that was just the cocaine.

“You would consume a humongous amount of vodka also because the two went together very well – vodka and tonic and a line of cocaine. I drank two or three bottles of vodka a day, which probably cost another £500 a week.”

He added: “It’s not buying the drugs that is the most expensive thing – it’s the divorce which taking drugs eventually leads to.” Parfitt married his first wife Marietta Boeker in 1973, but marriage was touched with tragedy when their daughter, Heidi, drowned aged two.

“Life went on and you learn to live with it, but you never get over it,” he once said.

The tragedy wrecked the marriage and in 1988 he married his former sweetheart Patty Beedon.  They had a son, Harry, in 1989, but divorced after Parfitt had a fling with his first wife, before reuniting in 2000.

She paid tribute to him on Christmas Day writing: "My heart is broken, my love my soulmate forever."

They parted for good after Parfitt secretly became engaged to Lyndsay Whitburn, a beauty salon owner, whom he married in 2006.  Their twins Tommy and Lily were born in 2008 and the family moved in Spain.

He continued to tour with Status Quo, despite his increasingly flailing health.  He had his first heart attack in 1997 followed by a quadruple heart bypass.  He had another heart attack in 2011 and one in 2014. After suffering another heart attack while on tour in Turkey in June which he claimed meant he “died for several minutes”, Parfitt reluctantly decided to take a break from Status Quo.

A handwritten note to fans in October, on headed notepaper from the Malaga hotel he was staying at, belied his mood.

“Here I am sitting in a hotel in Malaga. Just thought I’d drop you a little line to say how much I miss being part of the last year of rockin’,” he said.

“But I must fully recover from the latest blip with my heart – and with what’s left of it, I wish you all a Happy Christmas.”

At the end of an emotional statement on Parfitt's death, his manager Stephen Porter said: “In perhaps the worst ever year for showbiz deaths, it is perhaps fitting that he topped the list right at the end of the year. He would have liked that.”

He is survived by his wife Lyndsay, their twins Tommy and Lily and Parfitt’s children from previous marriages Rick Jnr and Harry.