The British youngsters who in the 50s and 60s first embraced American folk and blues records were also the first practitioners of what we now call Americana. 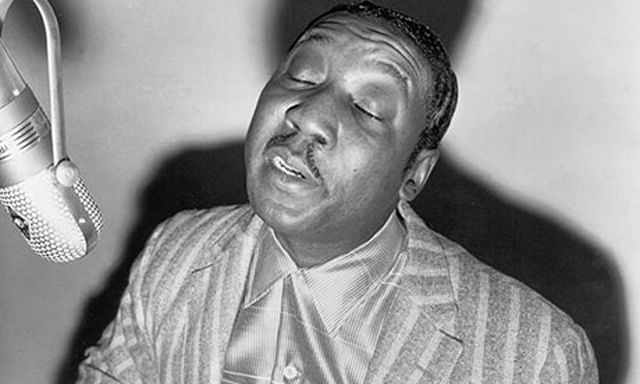 Where it all began … Muddy Waters recording in Chicago in the early 50s. Photograph: Michael Ochs Archives/Getty

This week, Nashville is hosting the Americana music awards, which have grown since their inception in 2007 into a big music industry event, and I've been invited to join the show. It may seem incongruous to see a British singer performing at the home of all that is sacred in country, the Ryman Auditorium, but Americana is a broad church and Woody Guthrie is one of its saints. And anyway, we Brits have as much right to be here as anyone else because – whisper it – we invented Americana.

To outline my argument, here's a quick history lesson. Ken Colyer was a British jazz trumpeter born in 1928 who, like his contemporaries, had learned how to play by listening to old 78 recordings. His hero was Bunk Johnson, a trumpet player who helped define the New Orleans style in the early 1900s. Colyer realised that some of the men who played with Johnson were still alive in New Orleans and, if he could get there, he could learn about the music he loved from the masters themselves.

In 1952, after joining the Merchant Navy and jumping ship in Mobile, Alabama, Colyer made it to the Crescent City and was invited to sit in with his heroes. But he wanted to know more than just how to play. He was at heart a purist, driven not only to bring these songs to people back home, but to teach them about where the music came from. The old guys in New Orleans sent him out on the bayou to hear roots music played on acoustic guitars, simple three-chord songs in blues and folk styles.

When he got back to Britain in 1953, Colyer introduced this roots music into his set, calling it "skiffle". He was somewhat dismayed when it became more popular with his young audience than the jazz he'd learned in New Orleans. Colyer left his band in disgust but his banjo player, Lonnie Donegan, persevered and inadvertently started the Skiffle Boom.

Donegan had recorded Rock Island Line for a jazz record called New Orleans Joys in July 1954. Released as a single 18 months later, it went straight to the top of the charts and inspired a whole generation of British boys – among them Lennon and McCartney – to learn three chords on a guitar.

The skiffle craze soon fizzled out, but it left behind it a cohort of teenagers hungry to hear blues and folk records made by American artists before the war. Such albums were hard to find and, if you had one, word would get out and every hip kid in the area would be knocking on your door for a listen. It was his impressive collection of records by Chicago bluesmen that first attracted Keith Richards to Mick Jagger in 1962.

Yet this obsession with American roots music was not reflected on the other side of the Atlantic. The US folk music scene in the late 50s was dominated by the clean-cut Kingston Trio singing Tom Dooley in a funereal style, in contrast to the frantic energy of Lonnie Donegan's version. More importantly, American teenagers didn't seem interested in finding the roots of this music. And even if they had, segregation would have made matters very difficult.

It took the British invasion of the mid-60s to bring Muddy Waters and the other giants of the blues to the attention of American youth. In 1964, the Rolling Stones even scored a hit with Howlin' Wolf's Little Red Rooster. The roots of American music, carried across the ocean by Ken Colyer, were being brought back home.

In that same year, a British band took an old American folk song and fused it with the energy of the Blues Boom. The Animals had heard Bob Dylan sing House of the Rising Sun on his debut album. They gathered up all the hallmarks of the black American music they loved – menacing electric guitar, pulsing Vox organ, growling vocals – and made a record that is credited with convincing Dylan to pick up the electric guitar.

Americana was defined a couple of years ago by the Merriam-Webster dictionary as a genre of music having its roots in the early folk music of America, a definition that could also be applied to skiffle. That craze was the secret ingredient that gave British bands the power to take over the American airwaves in the 60s.

Just as Nashville has reinvigorated itself by going back to its roots, so British teenagers, inspired by those same influences, were able to escape the drab realities of postwar life by becoming the first practitioners of what we now call Americana.